The “PRONOH” Centre of Kifissia that deals with the prevention of addictions and Promotion of Psychosocial Health together with the Adolescent Health Unit of Children’s Hospital A. Kyriakou held an informative event on Tuesday 03.03.2015 about «Preventing and Tackling bullying» in Athens.

Ms. Makaroni, Psychologist & scientific responsible of the “PRONOH” Centre, presented a set of actions developed in the last three years by the center that aimed to inform and raise awareness of the school and community in the broad topic of bullying. Those activities included short experiential interventions in primary & secondary school, talks to parents, training seminars for teachers and more.

While Ms Tsitsika, Assistance Professor in pediatrics & scientific coordinator of the “PRONOH” Centre, referred to the cyberbullying and its characteristics, the long standing problems faced by the children who have suffered from it, as well as the proposed guidelines for preventing and dealing with bullying.

Finally, the volunteers and staff of the “PRONOH” Centre were informed about the SONET-BULL project and its scope, by Ms. Ifigeneia Sotiropoulou, Counselor – Scientific collaborator of the Hellenic Open University. 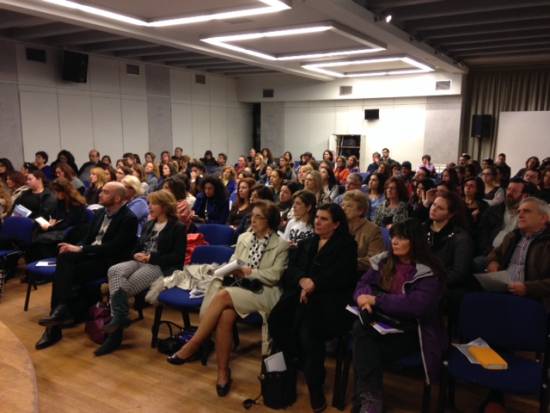